Congratulations to Heidi Norton, Healthy Living Champion, from Bidford Pharmacy on winning the Pharmacy Champion Award – sponsored by Alphega Pharmacy at the recent Training Matters Recognition of Excellence (ROE) Awards, London. The Pharmacy Champion award celebrates the achievements of a special team member who has raised awareness of their pharmacy and promoted its services within the local community.

Heidi Norton was commended for her partnership campaign with a local dental practice in raising awareness of the importance of oral hygiene. It was this joined-up approach which helped patients feel cared for and added significant value to the support Heidi and the team could offer its patients. Heidi attended coffee mornings, local libraries, and village fetes, armed with pharmacy information and healthcare leaflets to promote this service. Heidi said: “It works well to tell the community we are here – and here for them.”

Richard Janes, Head of Alphega Pharmacy Retail said: “After the past 18 months the industry has had, it is fantastic to see such a great advocate of pharmacy really supporting their local community with such great ideas and initiatives. Well done Heidi and the rest of the team at Bidford pharmacy”. 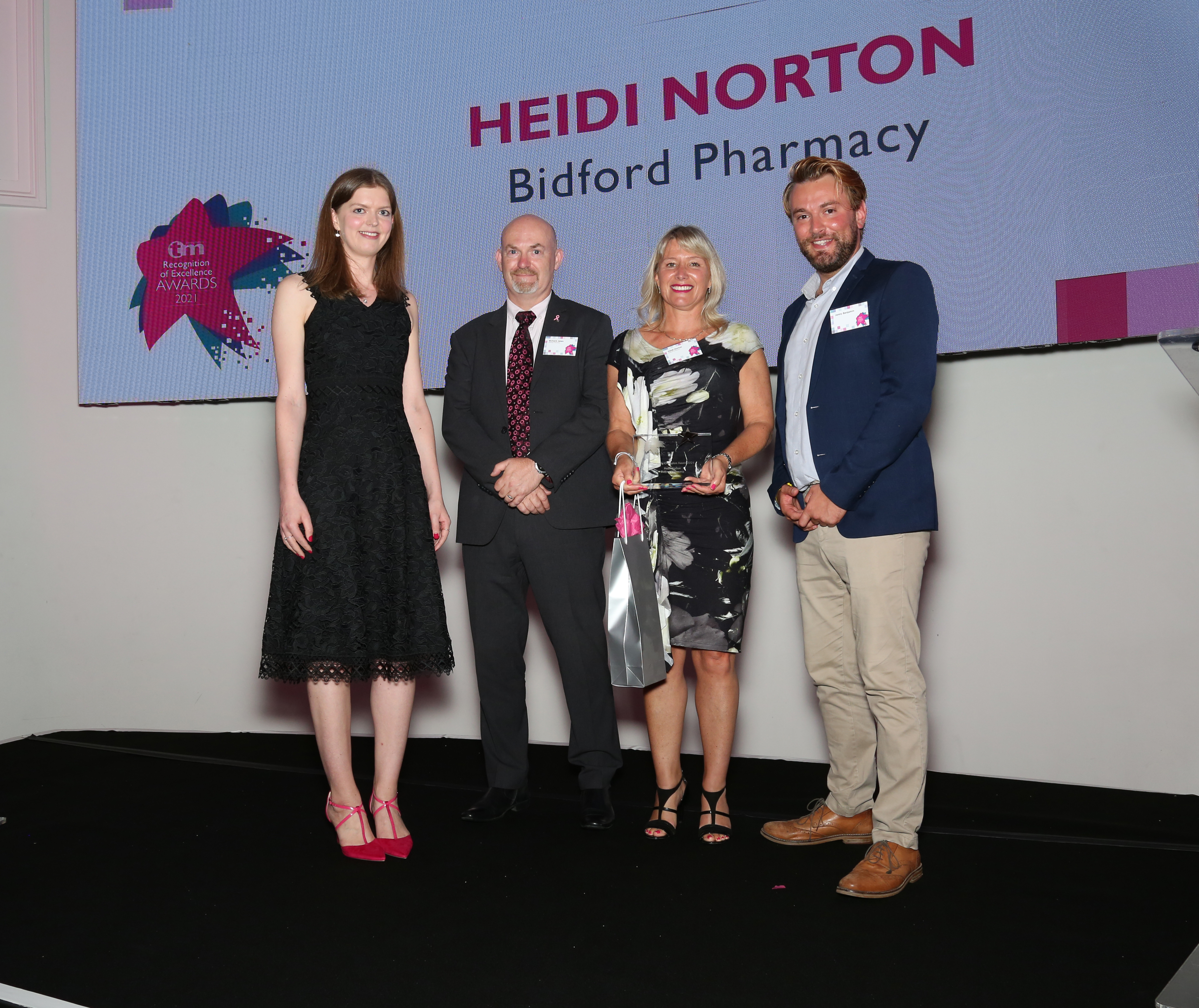